8 Corners of the Spanish capital that you should know 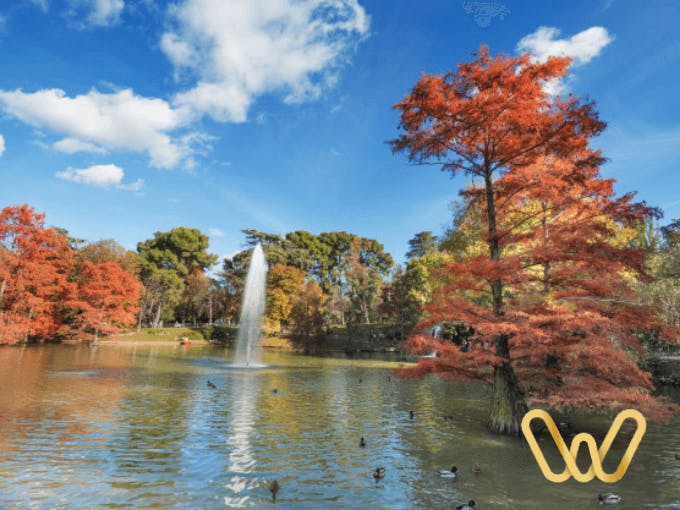 Madrid is one of the liveliest and most joyous cities in Europe. Therefore, if your trip is short, you can visit the most emblematic corners of the Spanish capital. In this way, this guide allows you to get to know those dream places in a short time.

In the capital you can do multiple activities, be it cultural, sports and enjoy the nightlife. In addition, to taste the wonderful gastronomy of Madrid that is marked by a mixture of ancient and modern flavors.

If you organize yourself well, you will probably be able to visit different places in 3 or 4 days. At Wonder Tours we offer you a list to start your journey through Madrid:

Without a doubt, you have to start your journey here. If you manage to stay in some central hotels such as the Hotel Europa or the Mirador Puerta del Sol, you will have more time to start this journey.

This huge square welcomes you through its majestic Royal Post Office with its large clock. For a minute, time stands still at the end-of-the-year parties that you probably saw on TV. From that memory you will have an impulse that will encourage you to continue the tour and get to know Madrid fully.

At Puerta del Sol you will not be able to miss the statue of the Bear and the Strawberry Tree. Sure, you will take a photo, but do you know its story? It is likely that you do not know why this monument is the image of the City Council on its shield. 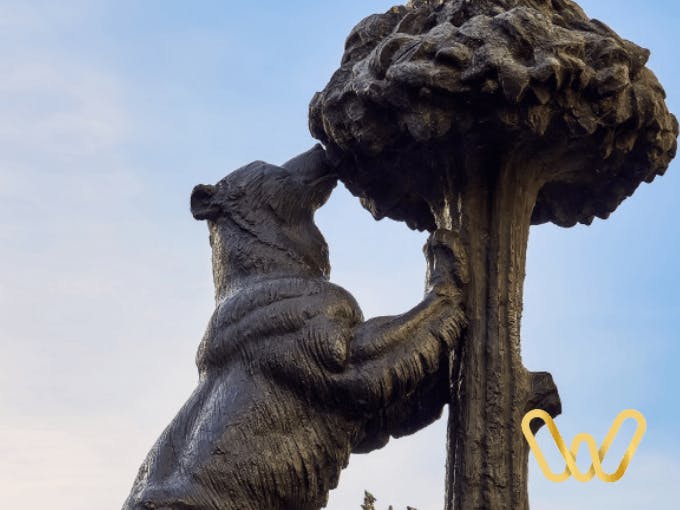 You have to be there to understand this symbol.

This symbol of Madrid has different theories about its origin, but in this article we will tell you the main one. It is believed that the capital was full of forests that had strawberry trees and was inhabited by bears. For this reason, the city was originally going to be called Ursa, which is Latin for bear.

The statue weighs 20 tons and is a great discovery, which you must visit. So you already know the importance of this symbol for the Spanish capital.

It should be noted that you can also see other monuments such as the equestrian statue of Carlos III or the Mariblanca. Also noteworthy is the plaque that marks kilometer zero, where all tourists take their respective photograph.

What to do in Puerta del Sol?

One of the main options is to take your respective photos or visit La Mallorquina pastry shop. On the other hand, you can choose to walk through its main commercial arteries such as Preciados, El Carmen streets, among others.

La Puerta del Sol is one of the corners of the Spanish capital that connects you with recognized national and international brands. There you will come across fashion stores, restaurants and other services. For example, the fashion chain Zara or Mango, the Llao Llao ice cream shop, the telecommunications operator Vodafone, among others.

A few steps from Puerta del Sol you will come across the Plaza Mayor, full of history that you will discover on your way. In this place there have been festivities, beatifications, bullfights, markets, among other events.

It is a must for tourists both for its history and what they can find in its shops. Its stores take you back in time where you can appreciate various fabrics, collections or any souvenir for your loved ones. 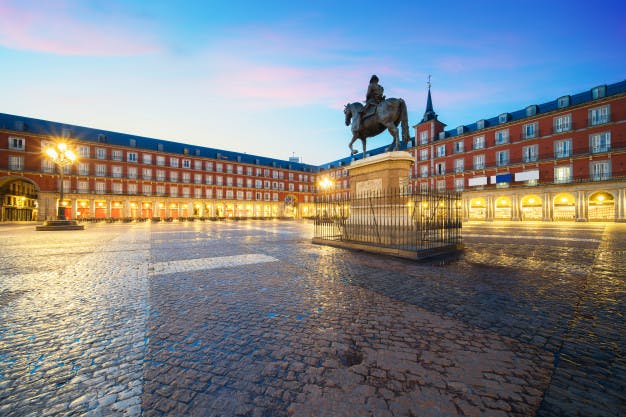 The Plaza Mayor has to be part of your visit to Madrid.

Emblematic buildings in the Plaza Mayor

One of the reasons that the Plaza Mayor is part of the corners of the Spanish capital that you should know is because of its buildings. The most outstanding structure is the Casa de la Panadería, which began its construction in 1590. But years later it suffered a fire in 1672 and was built again.

What is most striking about the Casa de la Panadería are its splendid murals on its façade. We must also mention the Casa de la Carnicería, which was the meat depot for the Villa’s markets. Likewise, it served as accommodation for the Town Hall headquarters.

The building is characterized by its attic shape and by its angular towers. On its four sides it is homogeneous. The Casa de la Carnicería has had different uses, either for municipal activities, a fire station or as a hotel.

It is likely to see the equestrian statue of Felipe III, who guarded the Casa de Campo, in the middle of the square. It is impossible not to mention it, since for the people of Madrid it represents a symbol of reference and encounter.

Other corners of the Spanish capital in the Plaza Mayor

After contemplating the statue of Felipe III, in the southwest corner of the square you will find the Arco de Cuchilleros. To be able to contemplate this structure, we recommend that you locate yourself from Cuchilleros street.

To end your tour near the Arco de Cuchilleros you can find different reference restaurants in Madrid. The Plaza Mayor, the old Plaza del Arrabal, is a place that will conquer you because of its traditional streets.

3.- The Royal Palace of Madrid

If you want to go from the Plaza Mayor to the Royal Palace, you can do it on foot, it will take you 9 minutes to get there. On the other hand, if you take a taxi you will be there in 3 minutes. The Royal Palace dates from 1755 when it was completed and housed the kings of Castile.

This palace was destroyed by fire and was built under the Muslim kingdom of the 9th century. Therefore, it is one of the corners of the Spanish capital that must be visited for its history. It is the largest Royal Palace in Western Europe and one of the most representative in the world. 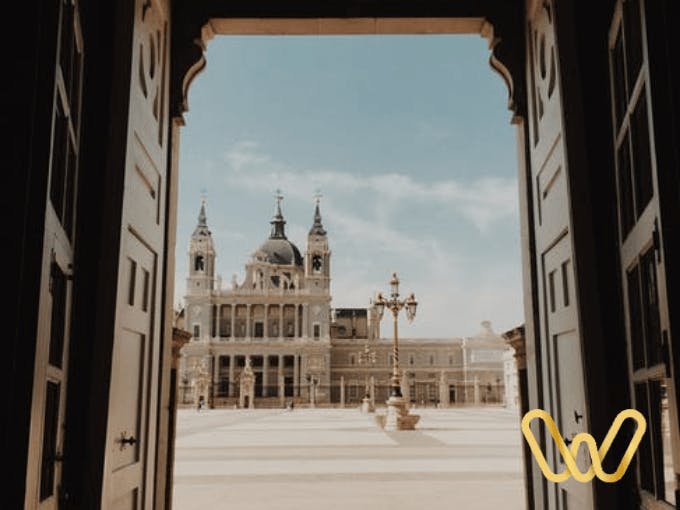 It has 135,000 square meters and 3,418 rooms. On the tour you will appreciate the Throne Room with its outstanding vaults. You will also run into the Royal Armory characterized by its collection of weapons of the kings of Spain. In addition, you will have the pleasure of contemplating different works of art of the time. But, if your thing is to enjoy open spaces, you will find the Campo del Moro gardens or the Sabatini Gardens.

If you go on a Wednesday at noon you will appreciate the changing of the guard. You will have a wonderful time and you will feel that you are one more guest of the Spanish royalty. So you have to live this unique experience through a private tour with experts.

It is located in the center of the city, between the tourist axis of the Sun and the Gran Vía. In this place is the monument of Cervantes, photographed by most of the visitors. The square has a fountain and garden areas. In addition, it has the most emblematic architectural complexes of the city such as the Torre de Madrid and the Edificio España. 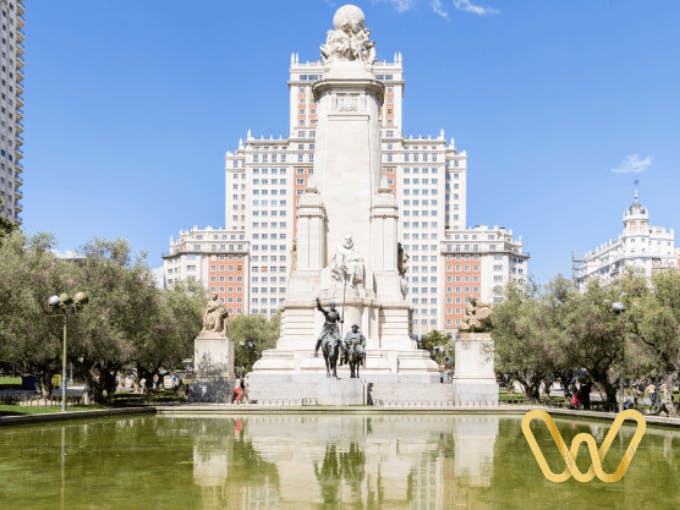 A place to reconnect with a great Spanish literary figure.

The Madrid Tower measures 142 meters and was built in 1957 by the Otamendi Machimbarrena brothers. On the other hand, the España Building represents one of the most important skyscrapers in Madrid that you should know. In this skyscraper you will find the luxurious Riu Plaza España hotel.

It is one of the most visited museums in the world, which is why it ranks eleventh. In this sense, many come to contemplate his pictorial collections that are carefully chosen. So, you can’t stop seeing this museum, if you really consider yourself an art lover. 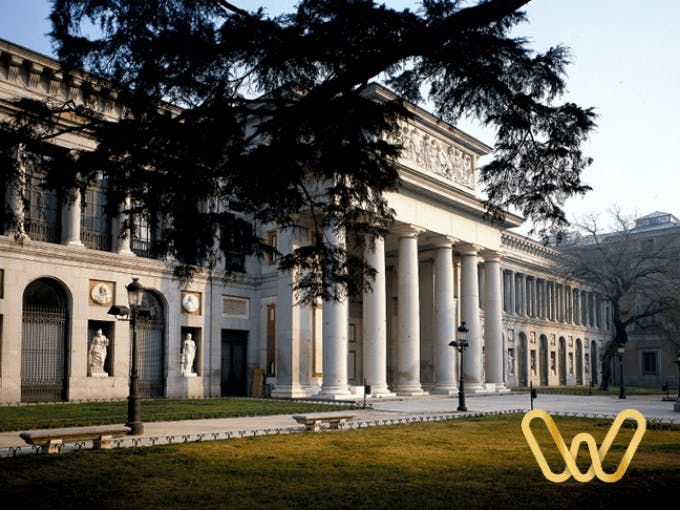 One of the most representative museums in the world.

On the outside of the Prado Museum you can see its facade full of columns. In addition, you can admire different sculptures such as that of Velázquez. If you want to put art aside and get some oxygen, next door is the Botanical Garden.

In the event that time is your best ally on this visit, you can also have other experiences. Very close to the museum you will find the Royal Spanish Academy and the Jerónimos Church renowned for its royal weddings. In the same way, you will come across other museums such as: Museo Thyssen Bornemisza and Museo Reina Sofía.

Likewise, in its surroundings you can find the neoclassical fountains where the main soccer teams celebrate their victories. We refer to the Neptune Fountain, which represents the Roman god of the seas, located within the Plaza de Cánovas del Castillo.

Finally, another of the sources that is part of the symbols of Madrid is the Fuente de Cibeles. This structure represents the goddess of fertility.

It represents one of the corners of the Spanish capital with history, since it is the first triumphal arch built after the fall of the Roman Empire. Its construction is said to have fueled the Arc de Triomphe in Paris or Berlin’s Brandenburg Gate. 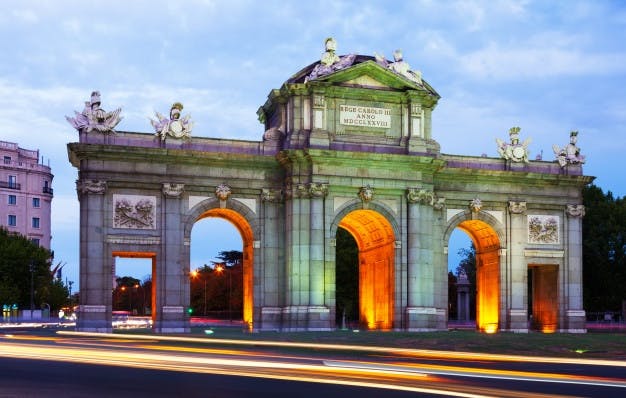 Represents the fall of the Roman Empire

You can easily locate it leaving the Cibeles Fountain on your back, go up the slope and there you will locate it. It is the favorite place for many photographers and tourists to take the perfect picture postcard.

Near the Puerta de Alcalá you will find the National Library and the Archaeological Museum. In this last space, you will get a great collection from the prehistoric times of the Spanish peoples.

Another of the lungs of Madrid is the Retiro Park, when you leave the Puerta de Alcalá behind you will see this natural space that invites you to enjoy.

In the heart of Madrid you find the Parque del Retiro with 118 hectares to enjoy. This green space is the most important park in the capital. It was built in the middle of the seventeenth century with the aim of being a place of recreation for King Felipe IV.

The Retiro Park is ideal for all ages.

After it was partially destroyed in the War of Independence, it was opened to both the people and royalty. Currently you can entertain yourself with different activities such as: musical shows, psychics, puppets, among other distractions.

This space is one of the corners of the Spanish capital that is also dedicated to children. For example, you will find puppets and costumed actors strolling through the park to distract the little ones.

When entering through the Puerta de Alcalá, you can rent a rowing boat for yourself or your family.

Located on the shore of the pond, it is the reference point for some musicians who play instruments.

Home to several temporary exhibitions, it is characterized by its metal and glass structure. It is one of the most photographed places in the Retiro Park. It was inspired by the Crystal Palace in London.

It is a walk dedicated to all the monarchs of Spain, through the raising of statues inspired by them.

It is an ancient Egyptian temple, which was donated to Spain to prevent its disappearance, due to the construction of the great Aswan dam. This is one of the corners of the Spanish capital that you should not miss. 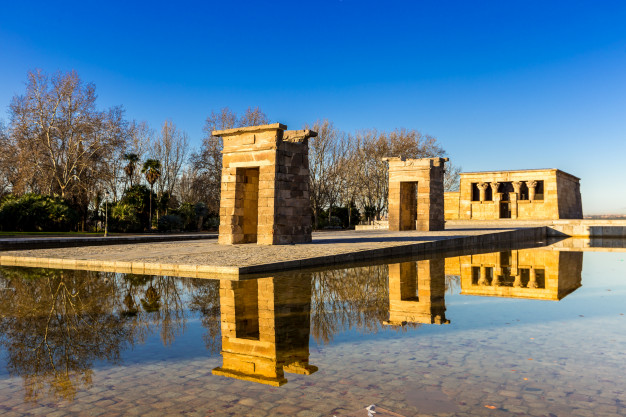 Don’t leave Madrid without visiting the Temple of Debod.

If you want to see the sunset in a magical place, you can do it in this space located near the Plaza de España. All its visitors fall in love with this architectural gem. So, discover for yourself what the sunset looks like from this point.