Learn about the origins of typical Madrid gastronomy 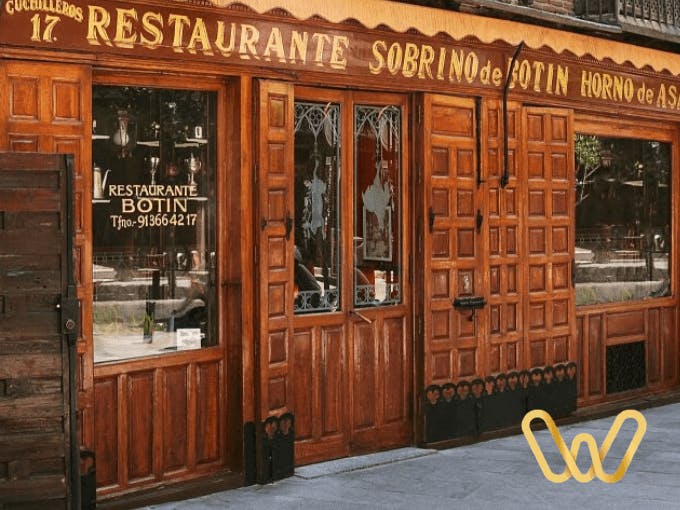 Surely you know the spanish capital for its bars and restaurants, also for having a diverse cuisine. However, typical Madrid gastronomy went through a stage of transformation worthy of study. So, our Wonder Tour team prepares you to sensitize your palate to the variety of traditional and modern dishes.

Therefore, take a look in a brief tour at two factors that marked a before and after. That is, before the conquest of Toledo and the Kingdom of Felipe II. Although other autonomous communities stand out above Madrid such as Barcelona and the Basque Country, the capital does not lose its charm.

It is necessary to highlight some important data before entering fully into this fascinating gastronomic history. According to the Michelin Guide in Spain there are around 174 restaurants with Michellin stars. This figure corresponds to the most outstanding restaurants in Barcelona, ​​the Basque Country and Madrid.

The beginnings of typical Madrid gastronomy

Before Alfonso VI conquest of Toledo, cuisine was similar to the entire Iberian Peninsula. At the time, this diversity came from what is known as the gastronomy of Al-Ándalus.

This power in the Middle Ages by the Muslims highlighted certain ingredients such as:

These consumed fresh or treated for preservation with salted fish dried in the sun and mixed with vinegar. Other seafood was also consumed as a food seasoning.

At that time in the kitchen could not miss cereals, vegetables, legumes and vegetables. All this served to accompany the proteins or season them. For example, the meat is accompanied with cauliflower, cabbages or turnips.

In the same way, you cannot leave aside the extraordinary flavors and smells that this traditional cuisine leaves. This is due to the diversity of aromatic herbs that season their meats and the incomparable stews.

In short, this cuisine so varied with preparation of sausages, olives, dates, honey, semolina pasta, are part of the Hispano-Roman customs.

Typical Madrid gastronomy between the Real and the humble

After almost 800 years of Muslim rule, Felipe II in 1561 decided to fix the capital of the Kingdom of Spain in Madrid. This fact decisively marked the coexistence of two independent kitchens in the popular and in the aristocracy.

At that time, the basic food of the town was cereal in its derivatives such as wheat, sorghum, among others. He is also owed the introduction of rice and the consumption of legumes. Vegetables, dairy and nuts were also part of the diet. Therefore, this contributes to the variety in Madrid’s cuisine.

Recall that back then, the aristocracy liked to sit at the table and eat abundantly. In the second half of the 17th century, and throughout the 18th century, dark chocolate extracted directly from American cocoa was an essential product for the most privileged classes. This product was normal to be consumed at breakfast and snack.

People with more resources at that time endowed the typical Madrid gastronomy with certain dishes. We must mention the famous Madrid stew, in addition to the consumption of the pea stew and fresh salted lamb. 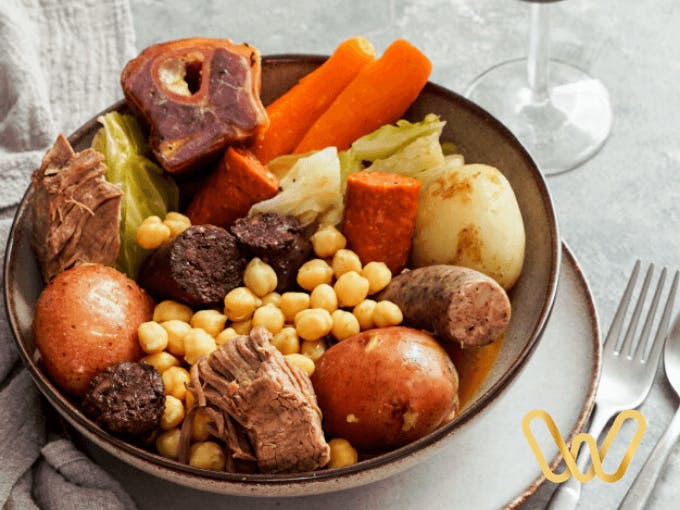 If you want to enjoy traditional flavors, the best is a good Madrid stew.

The culture of the inns

In the middle of the 18th century, the culture of the inns began torpidly with a lousy service. At that time, people in Madrid were not in the habit of eating in such places. In other words, it was part of the gloom of the history of typical Madrid gastronomy. However, it is worth remembering the most outstanding ones such as:

Located in Caballero de Gracia, it was the meeting place for great speeches during the Liberal Triennium. In addition, how to forget that the writer, Benito Pérez Galdós, immortalized her, through his book. As a result, this publication is called La Fontana de Oro.

Historians say that it was installed on a street in Caballero de Gracia. Similarly, it is said that dishes were served outside the typical Madrid gastronomy. It also stands out for its concerts, in fact, the first musical performance was by the flamencologist José Blas Vega.

One of the most important of the XVIII and is considered the first of the modern gatherings. Some topics such as literature, poetry and bulls were discussed in this space. His style was oriented more to Italy than Spain. This promoted the European mix in the typical Madrid gastronomy.

Some of the figures that met in the Gathering of the Saint Sebastian Tavern were the following:

Madrid opens its doors to the world of restaurants

When we refer to the typical gastronomy of Madrid you have to take a brief trip through the history of its restaurants. It is said that between Madrid and Paris they compete for the conviction that they founded the first establishment of this type in the world.

Although different authors grant this honor to the spanish capital, there is no denying the importance it has. When you are traveling in this city, you must go to the first restaurant in the world.

In the Plaza Mayor since 1725, the french Jean Botín undertook this project as an inn offering food and accommodation. This space was called Booty Hostelry, it is currently recognized as Booty Nephew.

One of the oldest restaurants in Madrid.

French food has sneaked onto the Madrid table since the 19th century. Say that with the arrival of different diplomats from the neighboring country they were accompanied by French chefs. In this sense, this started so that in different places they incorporated their dishes.

On the other hand, they opened french-style confectioneries and patisseries such as the Foreign Patisserie in the Saint Ana Square. Similarly, the Spanish Tavern took the concept of sophisticated French restaurant.

The Spanish Tavern was founded by Prote and Lopresti. The merit of these two characters is for introducing French cuisine to both the humble and the bourgeois. The tables in this restaurant were characterized by fine glass cruets.

The Fashion of Eating Roast Chicken

Before the Spanish Tavern was founded, there was the Genieys Tavern designed for Madrid residents to try French dishes. What was most offered were the croquettes, the roasts and the delicious chops to the papillote.

The Genieys Tavern was one of the most outstanding establishments in the spanish capital. In this space gathered romantic writers of the stature of Mariano José de Larra. In addition, another figure visiting the establishment was the musician, Gioachino Rossini, composer of Stabat Mater.

They relate that in this inn the roasted chicken was eaten wearing gloves. Although it competed with the Spanish Tavern in relation to food, it did not manage to overcome its variety. So, in the Spanish Tavern you found the smell and good taste of the rice or fish stoves.

After the Spanish Civil War a new phenomenon arose in Spain, coffee shops. The first one in Madrid was California, located on Health street. Similarly, tea spaces are also inaugurated such as the Embassy tearoom.

In the middle of the 20th century, the businessman Antonio Rodilla opened a specialized sandwich shop in the Plaza del Callao. This store spread throughout Madrid.

In the 1960s, the first Chinese restaurants were inaugurated in La Castellana. Instead, in the early 1980s there was a boom in fast food restaurants that spread throughout Madrid.

The typical Madrid gastronomy blends perfectly with that of other regions and countries. Therefore, its variety of restaurants and themes are unique, so they have nothing to envy to other countries.

Beer and wines in Madrid

The origin of beer in Madrid comes under the monarchy Felipe el Hermoso and his son Carlos I. For a time this drink was always viewed as a foreign product and therefore was not accepted.

At the beginning of the 19th century, the first breweries appeared in the Spanish capital. For example:

Surely you did not know that in the 19th century emphasis was placed on the product reaching the ladies. Therefore, they were smooth, flavored and aromatic.

Little by little, beer was gaining space in the lives of Madrid residents, in fact, there are specialized events. If you are traveling through Madrid and you are a beer lover, be sure to attend these events. 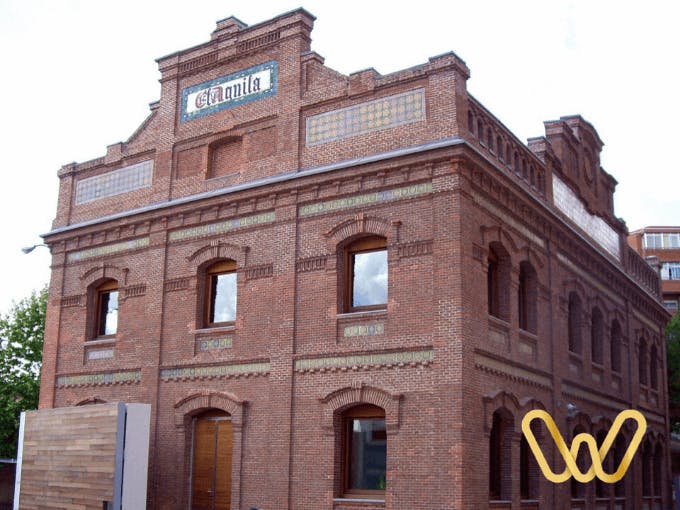 Madrid beer has nothing to envy other European beers.

If you are a lover of good wine, you have to know that Madrid has a mix of culture. Therefore, the quality of this drink is surprising.

The wine industry began in Madrid in the 13th century with the arrival of the Carthaginians and Romans. On the other hand, in the XV century wine production began, so they took on prestige. Then, lovers of a good drink remained fascinated with these wines that were exported.

The Navalcarnero area has more than 60,000 hectares of vineyard. Therefore, Madrid took advantage of its spaces to impose a culture that will form part of typical Madrid gastronomy.